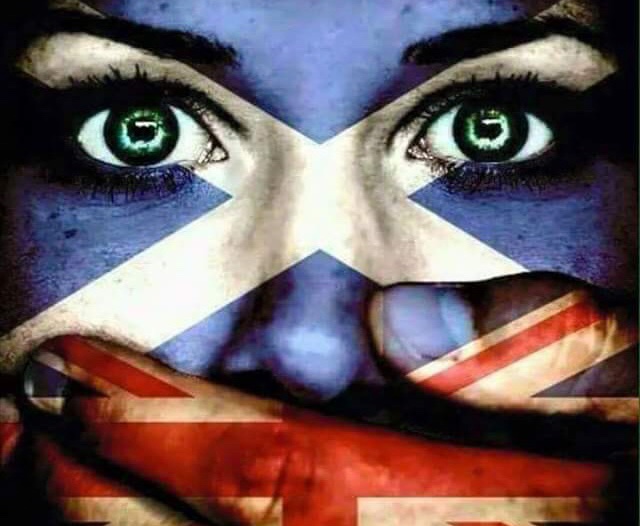 News that First Minister of Scotland Nicola Sturgeon is so intent in her quest to ensure that transparency, fairness and natural justice are respected in Scotland’s political bubble that last week her left hand reported her right hand to an independent panel for signing a document (it turned out to be a birthday card to her great-auntie in Foxbar) without informing the rest of her body, are greatly exaggerated.

However, undoubtedly the unionist meedjaa are going to milk, like a Friesian coo, the conversations she had with the former first minister, in the early stages of their latest mob handed pitch-fork and torch wielding pursuance of his reputation, for all they are worth.

Did she give him a dig out? Is she working to undermine him? Did she quietly put a spanner in the works of the investigation in order to get him off the hook? Why is she protecting the civil servants involved?

What they really mean is, can we use this to make the SNP disappear, and then we can all get back to cosy lunchtime troughing at the best restaurants on the expense accounts of local labour politicians, all eager for us to write nice things about them in the paper so that their London leaders might notice them and set them on the next rung of becoming the next generation of those on the Premier league gravy train, like that well known radical socialist republican Alistair Darling, or wee right-on-comrade red George Robertson, who was so incompetent they had to send him to NATO on a promotion, before parking him back in the Westminster higher chamber of deep slumber and expenses? (Men, and women, who have principles, and if you don’t like those ones, they have others).

Oh for those blissful days, cry the hacks of the BBC, STV, the Herald, Hootsmon, Depress and Record. Life was so much easier then. Troosers were bigger around the waist but life was good.

Meanwhile, apart from the near Watergate level scandal, SNP civil war, and government crisis going on in Scotland (it must be a crisis because Sarah Smith says so. She was particularly miffed that she couldn’t find any SNP activists who were prepared to stop throwing out of date Forfar Bridies at each other long enough for her to ask them if they’ll be supporting England in the world badminton finals) there is absolutely nothing of any consequence going on politically round and about the place which might have any impact on Scotland. Nope, not a thing.

Yup, everything about the overall power-wielding central government which oversees the countries which make up our glorious and equal union going about its daily diligent work, steering and controlling all of the economic and financial levers which keeps Britain so entitled to call itself Great, is just peachy, they are pure in control.  Oh wait…..

In all seriousness the allegations against Alex Salmond are best left in the hands of the police, in full consideration and respect for those making the complaints, and of course Alex Salmond. This will be resolved, one way or the other. I hope he is innocent. Time will tell.

However the level of bluster, rumbling up of a storm that isn’t actually there, and the repetitious full blown emission of foul bowel wind engendered by the Scottish media in their efforts  to try and drag Scotland’s First Minister, her government, her party, and by extension, the wider Yes movement, into a false scenario in which they think they can see off our rightful claims to return to being a self-governing sovereign country is unforgiveable.

We see you Scottish media. Things will be different soon.

One thought on “We see you Scottish media”